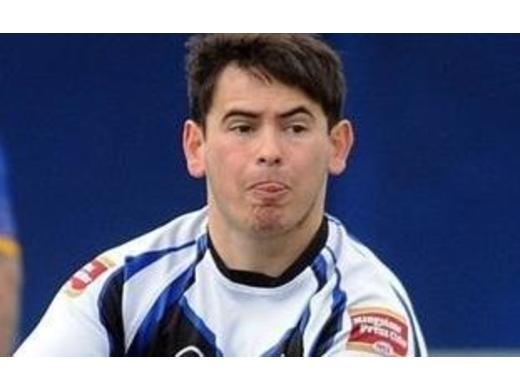 The NWC were saddened to hear of the recent passing of Jordan Welsby from Blackbrook.

The NWC are saddened to hear of the recent passing of Blackbrook ARLFC’s Jordan Welsby, aged 26, who passed away on New Years Eve, Thursday 31st December 2020, following an accident on Prescot Road, St Helens on Boxing Day 26th December.

The NWC would like to pass on their thoughts and sympathies at this sad time to Jordan’s parents Nicky and Tony, his brother Callum, girlfriend Laura, his family and friends, including all those at his club and those within the amateur game who played with and against him who knew him.

Jordan, a former BARLA Great Britain Under 23’s international, began playing rugby league within the NWC at Pilkington Recs at the age of six in their Under 7’s side spending a couple of years there before following his brother Callum to Blackbrook Royals.

Jordan had a year at Portico Vine ARLFC U16’s due to the Royals not fielding a team at this age group, culminating in Portico winning the 2010 BARLA Under 16’s National Cup, before returning to his beloved Brook for the rest of his career at Under 18’s.

Jordan a talented half back made his first team debut for the open age team Blackbrook ARLFC at 18yrs of age in April 2011, when then coach Mark Lee brought him into the side for the ‘derby’ game at Shevington Sharks ARLFC. Jordan produced a man of the match display scoring a try and converting a goal from the touchline. Jordan went on to play over one hundred games, including many with his brother Callum, scoring 37 tries and kicking 74 goals.

Jordan gained representative honours whilst at the club firstly representing Lancashire in the BARLA Three Counties Championship, which led to the ultimate selection of representing his country in the BARLA Great Britain Lions Under 23’s side on their unbeaten tour to Jamaica in 2016. The successful side won all three games culminating in a 46-0 success over Jamaica which saw Jordan contribute with a 100% record of three goals from three.

Jordan Welsby: The NWC were saddened to hear of the recent passing of Jordan Welsby from Blackbrook. https://t.co/l6cWyzsmuB